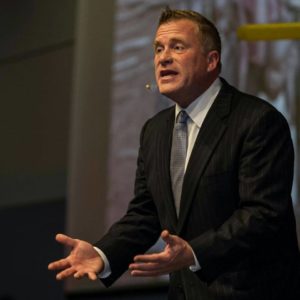 Chris Widener is widely recognized as one of the top speakers in the world today. He has spoken all over the world in places like Germany, Spain, Russia, China, Egypt, Singapore, Australia and of course, all over the United States and Canada.

His clients are a “who’s who” of American businesses and organizations, including: General Electric, Cisco Systems, Microsoft and the Harvard Business School.

Chris’ dynamic, practical and engaging speeches will have your audience laughing one minute and learning timeless truths of success the next. 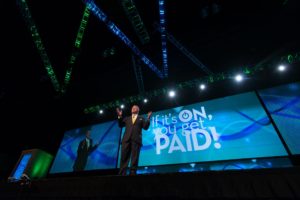 Chris was hand selected by two of the legends of the speaking world to work with them and he now carries on their legacy. Jim Rohn, one of the most successful speakers of the last 50 years, and also known for being Tony Robbins first mentor, made Chris his last protege. Chris and Jim co-authored the Jim Rohn One Year Success Plan as well as Jim’s last book, The Twelve Pillars, which has become an international best-seller.  Zig Ziglar, considered to be the greatest motivational speaker of the 20th Century, personally chose Chris to co-host his television show, True Performance. Chris’ two books, The Angel Inside, and The Art of Influence are the only two fiction books Zig Ziglar endorsed in his entire life. Along with co-hosting True Performance, Chris also hosted his own show, Made for Success, where he interviewed some of the top business achievers and thought leaders of our time.

Chris considers it a privilege to be able to speak to people, help them lead successful lives, become extraordinary leaders and, masterful salespeople.

Chris Widener began a small publishing company called the American Community Business Network in the 1990′s. Chris then changed the name to Made for Success and grew the company into a large business selling tens of thousands of personal development programs through large retailers like Costco, Sam’s Club, Wal-Mart, Target and Barnes and Noble. He sold that business to his partner in 2009 to focus on his speaking, writing and coaching exclusively. 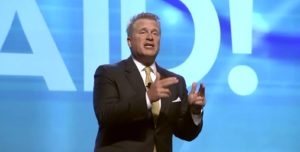 Chris is the author of twenty books with three million copies in print in 13 languages and over 450 articles on success, leadership, sales and motivation. His best-selling books include The Angel Inside (which has also been optioned as a movie), The Art of Influence, The Leadership Rules, Live the Life You Have Always Dreamed Of, Twelve Pillars, and the sequel to Twelve Pillars, Above All Else. Chris has also produced over 80 CDs and DVDs on a wide range of topics.

Chris has been a personal and professional development coach since 1988, helping people lead successful lives. Currently, because of his busy speaking schedule, Chris only takes ten coaching clients at a time. To find out more how you can have Chris coach you personally, click here.